Next week we've got guest teachers coming into town and we'd love to have you join us. 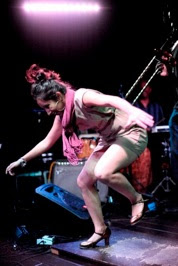 Sarah Reich (Performer, Choreographer, Instructor) has emerged as one of the new leaders in the Art Form of Tap Dance. At the young age of 15, this Los Angeles native was featured in Dance Spirit Magazine’s article, “20 Hot Tappers Under 20” and has since been sought after to perform, choreograph, and teach in over six countries including France, China, Costa Rica, Honduras, Canada, and Sweden. Recently Sarah was seen as a guest performer on FOX’s Hit Television Series, So You Think You Can Dance with Emmy-Award Winner Jason Samuels Smith’s tap company, Anybody Can Get It (ACGI). She is also a member of Chloe Arnold’s Syncopated Ladies and is the Artistic Director of her own company, Tap Con Sabor with the goal to expose tap to the Latino community throughout Los Angeles and abroad. For eight years, Sarah has worked alongside her mentor and tap legend, Harold Cromer teaching at numerous tap festivals and events. Previously she extensively trained with Cyd Glover, Paul & Arlene Kennedy, and Becky Twitchell studying technique, performance, musicality and improvisation, making Sarah one of the most well-rounded tap dancers in the business. In addition to her vast international travels and countless television appearances, Sarah has had the honor to perform at some of the most prestigious venues back home in Los Angeles such as The Hollywood Bowl, The Ford Amphitheatre, the Greek Theater with Mexican Pop-Star, Cristian Castro and the Kodak Theater with the great Herbie Hancock. Currently Sarah is developing new exciting works, Tap Music Project and Sole Sisters – a collaboration with Melinda Sullivan. Sarah produces a weekly class/tap jam for the Los Angeles tap community, Monday Night Tap Experience. She also frequently performs around the city with popular local bands, Magnolia Memoir, Oskar Cartaya's Latin Jazz Band and Dessy DiLauro.


MASTER CLASS with Choreographer NATHAN MAKOLANDRA - via THE MOVEMENT AGENCY!! 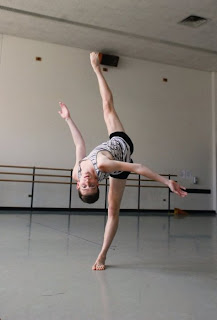 In December of 2010, Nathan collaborated with composer Jared Miller for the Juilliard Composers and Choreographers Concert. Nathan’s choreography has been recognized at the regional and national level as well as being selected for the Choreographic Honors concert in Juilliard’s own prestigious Peter Jay Sharp Theater (2009 and 2010). In addition, Nathan’s choreography appeared on Fox’s So You Think You Can Dance (Jakob Karr: Audition & Top 10 solo, Ariana Dubose: Top 20 solo). Nathan also had the distinct pleasure of choreographing a dance/music video for UK Artist Richard Walters entitled “American Stitches”.

Last summer, Nathan placed 1st runner up in the competition for the 2011 Capezio Award for Choreographic Excellence.

Nathan is a current faculty member of Fresh Dance Intensive (Artistic Director David Norsworthy), an initiative to help promote the next generation of young choreographers and artists.